We set off in fine drizzle on a calm sea in Ola’s sturdy boat. Cod was drying on racks on the wharf.

I was well-prepared with layers of merino, Macpac parka and waterproof shoes. While others remained in the cabin (it was freezing) nothing was budging me from the prow; I was getting the most out of the experience!

My camera phone proved unequal to the task: hard to use with cold hands and wet gloves, and suddenly out of charge. I did get this though: 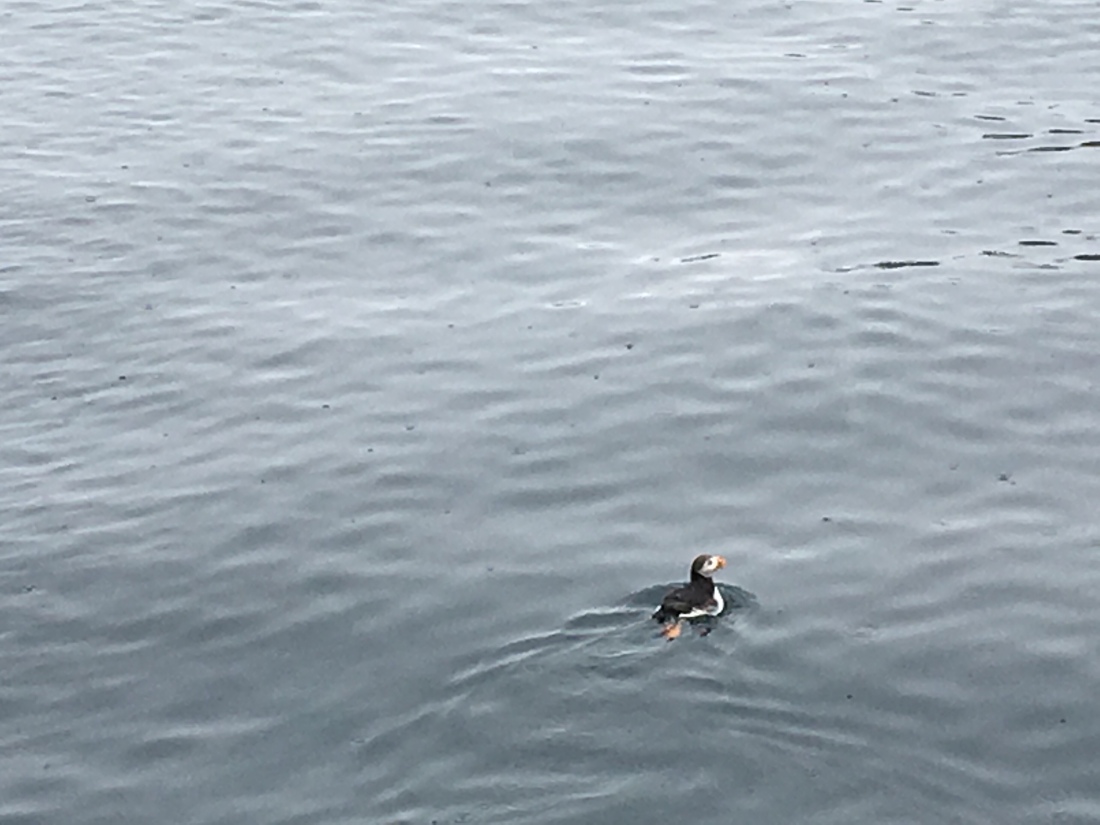 How cool is that?! The puffins are smaller than I expected, but I was delighted to hear that there are half a million breeding pairs on these off-shore islands and the numbers have remained steady in recent years. The green cliff face where they have their burrows looks like the Hilton for puffins.

Not having the camera as a distraction was great; I could really look.

We went out to North Cape later that night where I found this useful information:

And here I am standing on the northern tip of Europe and feeling on top of the world!

Love to Garden? Learn Some Helpful Tips And Tricks To Help You Get That Green Thumb

An Independent Non-Discriminatory Platform With No Religious, Political, Financial, or Social Affiliations