I don’t always have any particular plans as I set out in the morning. I’ll have a direction in mind, but can change if I see a sign pointing to a place on my list – or not on my list, as was the case with L’eglise St Germain.

A sign pointing to L’Orangerie sent me over the Seine via wooden footbridge into the Tuileries Gardens. This plot is amongst the formal avenues of trees:

Monet was inspired by his garden at Giverney, obsessed even, planning its layout and colours quite meticulously. Mum’s love of Monet’s paintings and her interest in his story, led us to visit the garden in 2015. I was grateful for that as I “fell into” the paintings at L’Orangerie.

The “Morning” panel seemed to grow in depth and dimension the more I looked at it. This gives some idea, but the photos are inadequate. 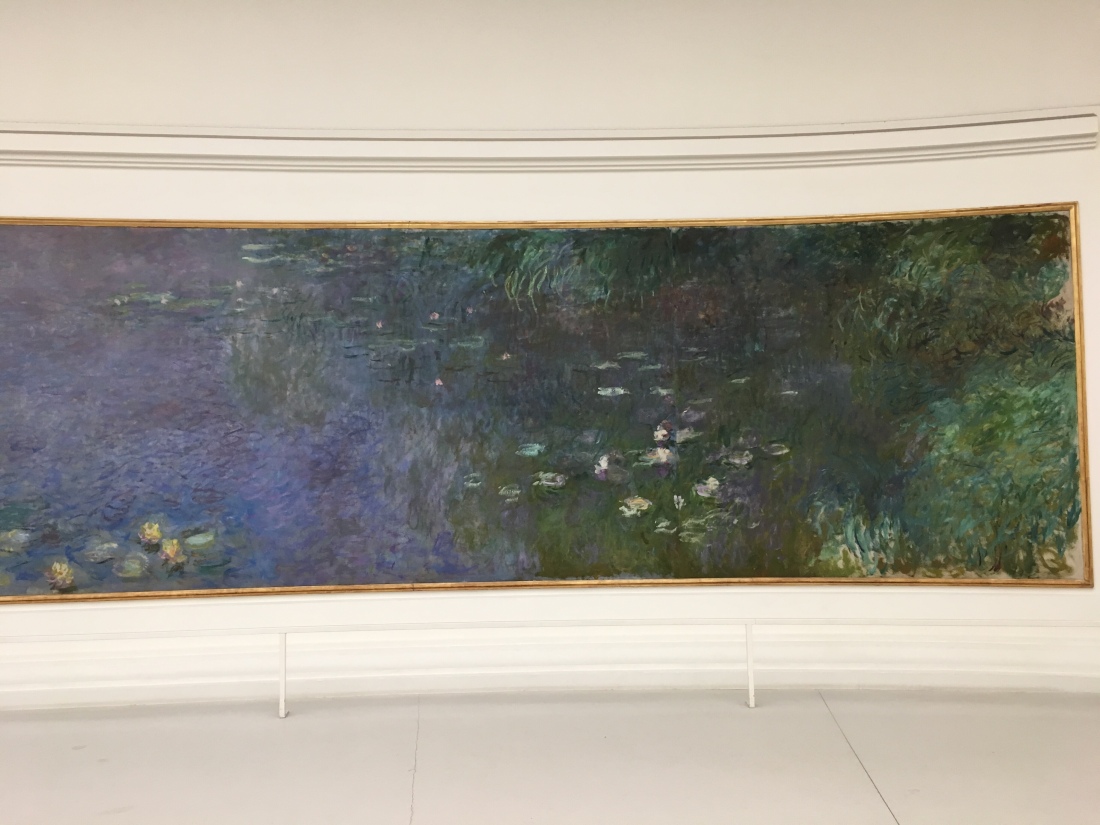 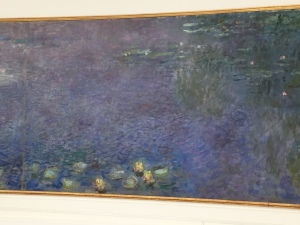 The “Sunset” panel glowed, while the willow tree panels and water lilies (which Monet preferred to call ‘nymphae’) were more familiar images. 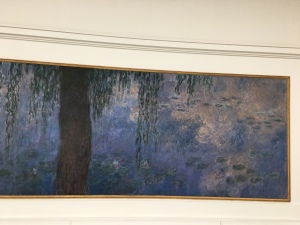 There were benches in the centre of the two large oval spaces so you could sit and just look. And learn: the audio commentary pointed out that the paintings were startling at the time because there is no horizon or landmark.

The Guillaume Collection in L’Orangerie gives a pictorial glimpse into the change in art in the early 20th Century with Paul Guillaume’s “ability to reconcile modernity and tradition” according to the Guide.

So there is Renoir:

And Modigliani, featuring a portrait of Paul Guillaume on the left:

And Rousseau, often spurned by critics for his “primitive” style. This painting features the Wright brothers’ aircraft:

I was pleased to find at least one female artist in the collection. Marie Laurencin designed stage sets for the ballet as well as painting. The portrait on the right is of Coco Chanel.

There is a section of modern art which is connected by technique to the work of Monet, apparently. I guess I don’t have Guillaume’s ability to reconcile traditional and modern! Yet Monet was very much part of ‘modernity’ in his time. 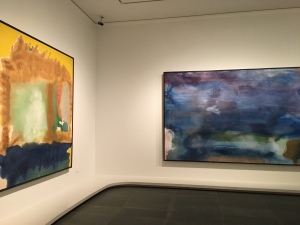 I didn’t particularly feel the need to detox after all that art (and there was more to come in the afternoon) but “Garden Detox” was the name of this fruit cocktail I had at an outdoor cafe in the Tuileries. Kiwi fruit, cucumber, mint…

And more art, with crows, nearby:

One thought on “Art at L’Orangerie”